As every year, Croatian Personal Data Protection Agency celebrated European Data Protection Day, also known as the Privacy Day through a numerous activities, such as: educations for citizens, Open Day, conferences that have a program to publicly present the scope of its activity and also to point out the dangers and consequences of misuse of personal data and specify concrete examples, advices and instructions. This year there was organised a special event in cooperation with following partners: the City Theatre Comedy, General Police Directorate – Service for Prevention and the North University.

Related to the 10th anniversary of the mentioned Day, we decided for even more special approach for presenting to the public our scope of the tasks, primarily to emphasize the importance and value of personal data, pointing to the need for better understanding and self-protection of the citizens and informing them that in cases of violation of privacy or actual infringement they have someone to turn to and that they are not alone – when / if someone created a fake profile on the Internet and constantly insults that person, or if enforcement of a debt (which they didn’t made) arrives at their home addresses, or in cases of unauthorized data processing of their minor children, or when they everyday receive a phone call in which they are offered a product against their will, or being put on the „pole of shame“ with no legal basis and other similar examples.

The misuse of personal data is not that harmless, except the material loss, shame, the misuse can have serious consequences , for example the cyberbullicide – the phenomenon of nowadays, suicide that is directly or indirectly connected with abuse on the Internet. Preserving privacy today really is a work of art. Therefore the Agency has decided to send their message and to sensitize the public through art by organising a theater performance inspired by the real cases dealt with by the Agency, which was performed by Drama Studio Atelier in Osijek and directed by Ivan Kristijan Majić. This event also included other music-drama pieces performed by an artist Dario Došlić, Dolores Leko, Vid Balog and Davor Dretar Drele together with tambura orchestra and vocal ensemble of the Ministry of Interior. 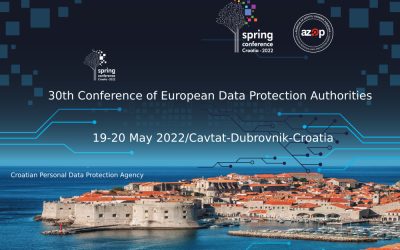 At the 30th Conference of European Data Protection Authorities (the “Spring Conference”), members adopted a resolution to accelerate the ratification of the Convention 108+, aiming to protect people’s privacy in the new digital age. The authorities also adopted... 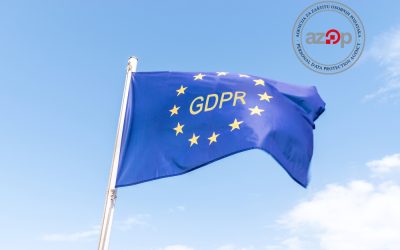